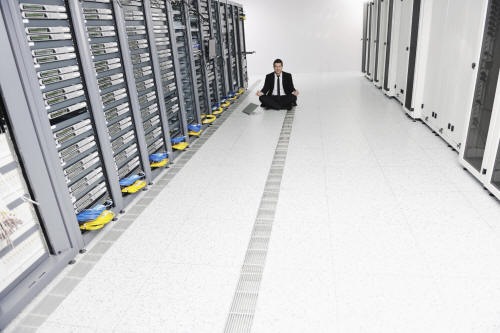 First, let me add ‘awareness’ as a core benefit to the ‘aerobic fitness’ model I suggested previously, and then I’ll list a group of overall benefits.

Mostly our minds have, well, a mind of their own.  They dart here, which links to this, which brings up this thought, which reminds us of a task we hadn’t quite finished, which prompts us to open a new web browser window, which reminds us… and so on.  Having control over these related leaps of attention is an important part of the story;  the other part is having the awareness that your mind has wandered off topic.

This awareness though goes beyond spotting that your mind has wondered.  It is also the awareness of how our own mind and body work – that thoughts do come and go, sensations rise and fall in our body, and emotions affect our mood.  With practice, this awareness, sometimes called meta-attention, allows us to more easily choose whether to follow a thought, sensation or emotion; or whether to let it pass, deciding not to be snagged by a negative thought and led down a path to unproductivity.

I describe attention and awareness as the big two, the two most basic skills that come from mindfulness practice.

But there are many more benefits*, often building on the big two.  For example:

And this is far from a complete list.  But, it’s worth noting a couple of things.  Firstly, that there are many ways of practicing mindfulness and, different practices may emphasis different benefits.  For example, a 2012 study that compared Yoga (yes, it’s much more than stretching and postures), sitting meditation (closer to the way most people think about meditation), and a body scan technique (focusing progressively on each part of ones body), found that:

And so, many mindfulness based courses teach multiple practices (including our own).

Secondly, despite the long list of benefits, mindfulness isn’t a a cure-all.   As with all interventions, some practices will benefit some people more than others, some people will enjoy mindfulness practice and others will not, the benefits may be more relevant in some circumstances than others, etc..

Though, one potential benefit I didn’t list is ‘world peace.’  That’s the ultimate outcome Chade-Meng Tan, the founder of Google’s mindfulness based emotional intelligence course, sees of having enough people being mindful – hmm, perhaps it is a cure-all.

*Many of the research studies relate to clinical topics, such as pain management and depression.  For example, Mindfulness Based Cognitive Therapy (MBCT) is recommended by the National Institute for Health and Clinical Excellence in the UK for those who are at risk of of relapse into depression, and so available through the National Health Service.