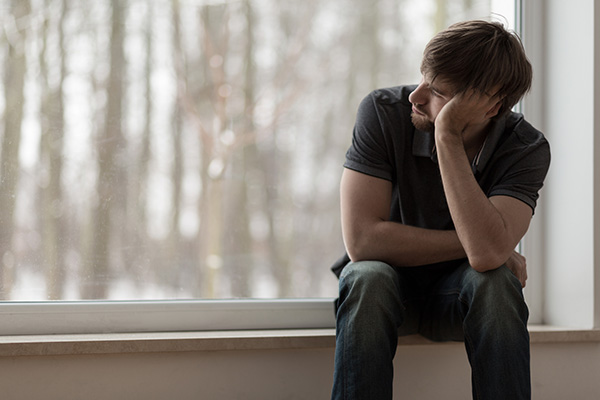 Aghhh – I’m alone with my thoughts!

Psychologist Timothy Wilson led a study in 2014 describing how hard some people find it to be with their thoughts.  One experiment even tested if people would rather give themselves an unpleasant electric shock than sit alone with their thoughts for fifteen minutes – 67% of men and 25% of women shocked themselves (in one extreme case, 190 times!)

Why does it matter if we’d prefer to be doing anything other than being alone with our thoughts?  For me, it’s about wellbeing.

I don’t deliberately mess up my house, but it gets messy.  I am vacuuming again, more cobwebs, wiping down.  And it quickly becomes apparent if I’m neglecting things (hang on, just getting the mop out).

And my mind is a bit like my house, accumulating clutter – randomly scattered unthunk thoughts waiting to be dealt with.

Sleep is an excellent cleaner – particularly REM (or dream) sleep, which seems to help process thoughts and emotions, casting off the unneeded ones and filing away those it deems significant.  But it’s not always as discerning as I might like, leaving a few unpleasant ones lurking behind the sofa and removing some of the more pleasant ones I’d left on the coffee table.

Consciously choosing to process our thoughts can add an element of discernment into the mix.  Though, as Prof. Wilson showed, there must be reasons we avoid our thoughts, probably many, and I’m going to go with three, boredom, discomfort, and effort.

Boredom (or the need for entertainment) – sometimes thoughts don’t seem terribly interesting, boring even.  Not when I compare them with making progress on my language learning app, getting on with dinner, or working through my ever-extending task list.  And, when evening comes, I can settle down with the next episode on Netflix.

Boredom is an unpleasant state for most of us.  But a little counterintuitively, I think it’s also an active state – we are processing our situation, deciding it’s not engaging, and wishing things were different.  Sometimes that’s valuable input, but if it leads to avoiding the things it’s helpful to face, whether that’s my tax return or allowing my mind to think, boredom is another way our clever minds procrastinate.

We don’t have to accept boredom.  Bringing curiosity into the mix, noticing if the boredom is avoidance, or having a little conversation with ourselves about what might be going on.  Then making an active choice rather than going with a reactive ‘get my phone out’ or whatever well-worn habit we’ve learned to ease this state might serve us well.

Discomfort – the thoughts we need to process are sometimes unpleasant, and frankly, I don’t want to be having these thoughts and wish they’d go away!  They might be ones I’m very familiar with, and, groan, here they come again.  Or they might be fresh nasties readily cooked up by my sometimes unhelpfully creative mind.

Although this might not be the right moment to process unpleasant thoughts, often, they will stick around until we do.  So, having the skill and the courage to do it, perhaps with some support, is worth the investment.

An article paragraph isn’t spacious enough to teach the skills of sitting with unpleasant thoughts (an 8-week mindfulness course provides more space).  Still, some key elements include being open and non-judgemental of ourselves (I’m not ‘broken’ because I have these thoughts).  Then, being willing to sit with the discomfort without reacting to it – neither giving in or fighting it nor pushing it away or trying to master it, but being curious about any value that might be lurking beneath.

Often this way of sitting with the discomfort can be enough to allow perspective and creativity to provide valuable insight.

Effort – processing thoughts can be hard work.  I know my mind would rather not work too hard; it’s much easier to follow its habits.  Whether thinking about things it’s used to thinking about, bizarrely, even if those things are unpleasant, like the ones I worked hard to develop around anxiety or self-criticism.  It’s not thinking itself that’s hard; it’s new thinking, new ways of looking at things, and choosing to sit with complex or challenging thoughts rather than heading down the oh-so-familiar mental pathways.

The key for me is to make the helpful things I find hard now automatic in the future, which requires going through an effort barrier.  Repetition is one of the ways the mind gets good at something.  For example, suppose I practice sitting with unpleasant emotion, starting with something just a little unpleasant, and moving through it rather than continually fighting it off.  Although it might not become a pleasant task, I will get much better at it.  It will embed itself in my brain as a skill I can call on, ultimately requiring less effort.

When I was learning mindful meditation, it was, at times, frustrating, tedious, and sometimes felt like hard work.  I tell people now that I hope they struggle when learning it – not because I want anyone to suffer, but because that way, you know you’re on the path to change.  And it does get easier, usually quite quickly, often turning out to be quite pleasant!

Unpleasant, dull, or difficult thoughts, like the detritus of my house, do seem to keep coming.  And that’s OK, or at least, it’s normal.  Once we’ve built some good habits, we know to clear up behind the sofa and to put the good stuff back on the coffee table.

This site uses Akismet to reduce spam. Learn how your comment data is processed.