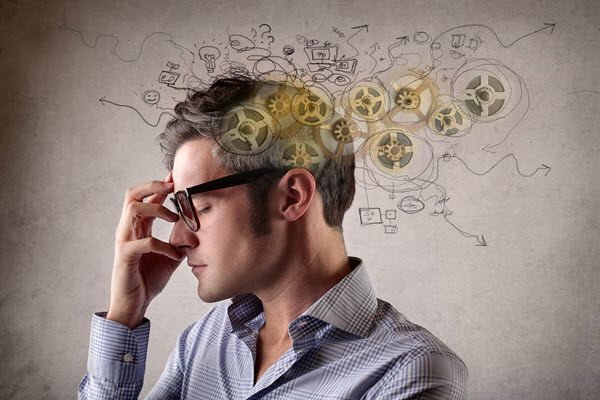 By Mark
Comments Off on Mindfulness is not… about stopping your mind thinking
Mindfulness
Mindfulness, resilience, self-control

Mindfulness is not… about stopping your mind thinking

Perhaps you’ve heard someone suggest ‘don’t think about pink elephants,’ or some such example in order to demonstrate how tricky it can be to not think about something that has just been suggested.  This paradox was first written about by a group of research psychologist’s, led by Daniel Wegner, in a 1987 paper Paradoxical effects of thought suppression in what have come to be known as the ‘White Bear’ experiments.  After further study, Prof. Wegner proposed the theory of ironic processes of mental control, describing the ironic or paradoxical effects of thought suppression.

The super summary of the paradox is that the more you try not to think about something, particularly if there is associated emotion or anxiety, the more your mind brings your attention back to the thought – it’s called a rebound effect.  In teaching mindfulness, I often describe this phenomenon as, trying to push away unwanted thoughts (or feelings) gives them the energy to push back.  Sometimes you can distract yourself enough that the thoughts seem to go away, but usually, they’re waiting for the next moment in which to jump out on you again.

If during a mindful meditation practice you find yourself trying to push away thoughts, or trying to ‘stop thinking,’ by dragging your awareness back to, say, your body breathing, there’s a good chance you’ll also find yourself frustrated by rebounding.

So, the first useful realisation is simply, don’t try to stop your mind thinking about something, and indeed mindfulness meditation is not about stopping your mind from thinking.  So, what is it about?

A much more productive approach is to be able to watch your mind thinking, without being caught up in the thoughts.  This detachment or more formally, meta-cognition, takes some practice (that’s why we call it mindfulness ‘practice’), but it can have surprisingly helpful results.

In a typical concentration practice, like watching your body breathing, the intention is to bring your focus and awareness to the chosen anchor (the breath in this case).  But, what do you do if you’re constantly interrupted with ‘thinking’?  Well, firstly, recognise that this is a normal process of our mind – it’s what our thinking mind is designed to do, so as far as possible remain objective, curious or relaxed about it.

As soon as you notice your attention has been snagged by some thought, you can feel pleased that you’re back in the present moment, aware of the thinking you’ve just been engaged in.  Next you might acknowledge the thought by labelling or describing it (e.g. ‘ahh, that’s planning again’), and then choose whether to stay with the thought or come back to your breath.  If you choose to come back to your breath, you’re allowing the thought to go.  And, although this might sound like we’re stopping the thought – the difference between ‘trying to stop it’ and acknowledging it and choosing a different focal point, is in practice, very different.

We’re allowing and accepting both that our mind thinks, and that our attention will be snagged by that thinking.  This gentler approach ultimately means we react differently to the thoughts. In fact, we react less to the thoughts, which is less likely to trigger the ironic processes, and so fewer thoughts snag our awareness.  Overall, by not trying to stop the thinking, we get more choice over where we place our attention.